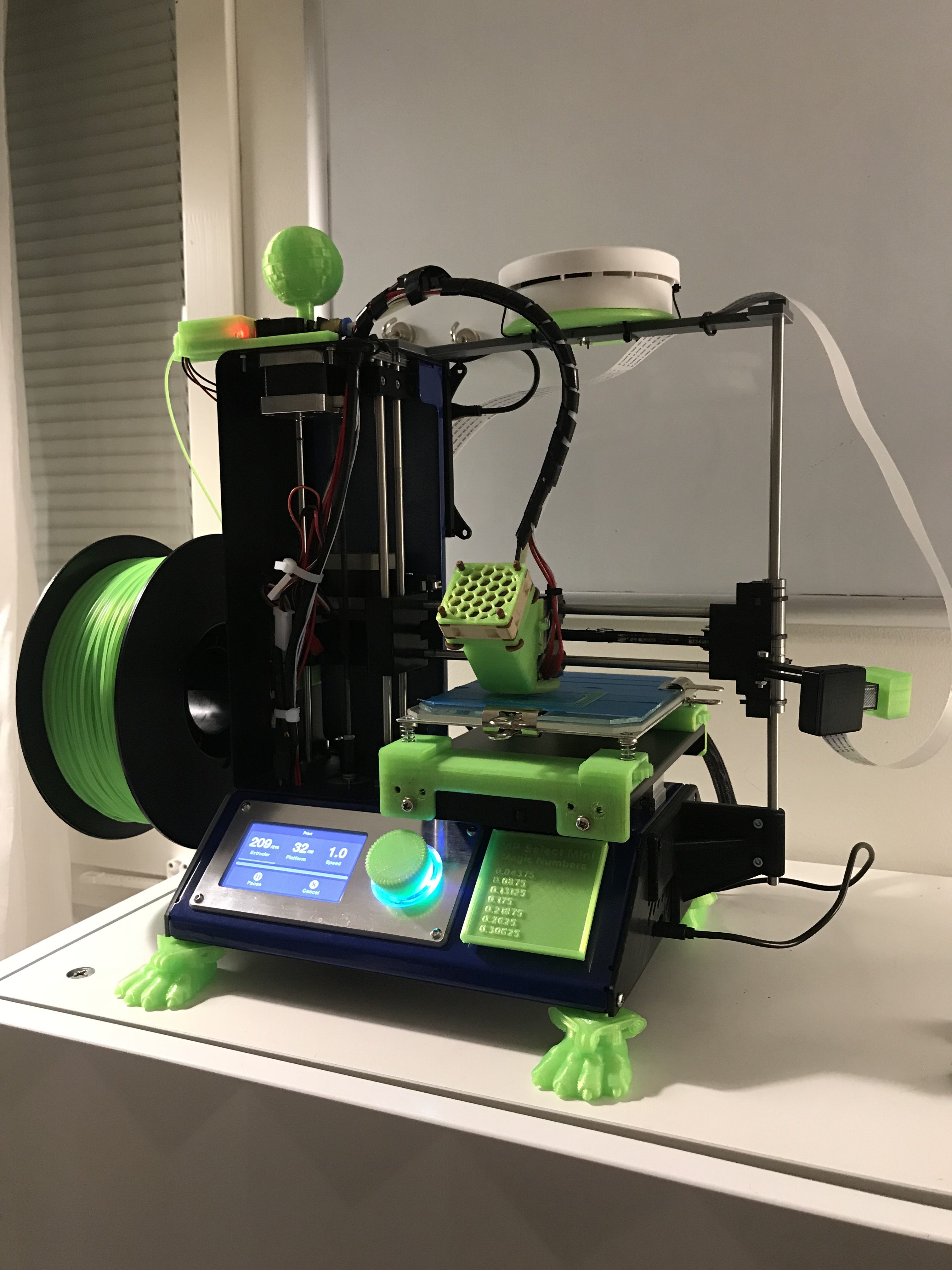 A couple of months ago i was i discovered 3D-printing and fell in love with it instantly. After looking at _alot_ of youtube videos i finally ordered my (first) 3D-printer. Due to the lack of space in my apartment in Stockholm i needed a smal desktop printer. I found a printer called PrimaCreator P120 which is a re-branded version of the Monoprice select Mini. It’s an smal 200 dollar printer that’s just pure awesomeness.

The printer came asambled, so i pretty much bough some filament (PLA) and started printing the same day. After printing som random stuff from thingiverse i found out the pro’s and con’s of this printer.

For 200 dollars it’s totaly worth it. As i’m writing this blasogpost i just read about a v3 where Monoprice has adressed some of this cons. So maybe in a couple of months it’s an v3 out where all of this is fixed.

However, after been printing i started to mess around with the printer and today i’ve made some hefty modifications to the printer:

After all of theese mods this is how my printer now looks: The mod’s i’ve done are somewhat overkill but it also has helped making this 200 dollar printer to an 500 dollar printer. The fun part is that you can easily download mods from thingiverse and print them yourselfe, like a 3D-printer that’s upgrading itselfe.

If you are looking for a new hobby i can strongly recommend 3D-printing. It’s extremly frustrating and fun. Welcome to the rabbit hole.

It’s been a while since i’ve update this post. I’ve now added some the following upgrades to the printer: